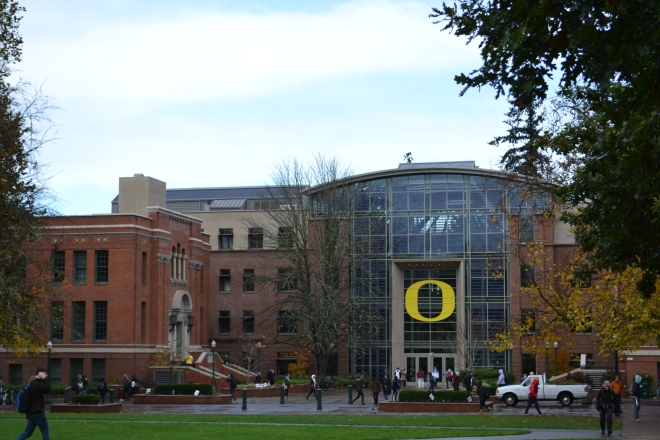 Students at the University of Oregon are stressed, unsure of their future, and angry at the decision made by the Board of Trustees on March 2, 2017. The board passed another tuition hike of 10.6 percent for in-state students and 3 percent for out-of-state students.

Students are not staying quiet about their anger and this can pose a serious threat for the University of Oregon’s public relations team. What can they do at this point to keep prospective students interested and keep current students on campus and thriving?

In addition to the tuition increase for the 2017-2018 school year, freshman will also be required to live in on-campus housing. On-campus housing options are generally much more expensive than living in an apartment, so students will more than likely have to take out more loans to pay for housing. If I were the head of the communications team at UO I would have a clear list, ideally finished before the board made their decision, of why living on campus is important and how this is going to benefit the student and start advertising this through social media or in packets sent to students who will be required to live on-campus. The tuition increase and new on-campus housing rule, I would assume, is going to play a HUGE role in decisions for newly admitted Ducks.

For current students, transferring is a lot of work and may not be an option for a student who has a specific major or already feels too deeply invested in UO. As a current student myself I would not want to pack up my things and leave UO. I have already created a relationship with some of the professors in my major, made lifelong friends, and established a life in Eugene. The tuition increase at this point is just another thing I’ll be paying off in 20 years.

The photo above shows a strike that happened on the UO campus when Graduate Teaching Fellows were receiving a livable wage. The media coverage that developed around that was not ideal for the UO as a whole. Now with the increase in tuition, the UO should have statements ready to roll out when the strikes begin and the media comes to campus.

This crisis amongst students and their parents is not easy to change. Students will talk and alumni will talk and that is why the UO public relations team should have a plan already underway and have consistent answers planned about both concerns as we head into the 2017-2018 school year. My experience as a student and being on campus leads me to have no doubt that students will make their voices heard, and the UO needs to get ready for the outbreak on campus.

Follow Taking a Look at Crisis Communications on WordPress.com